We had two big news stories and hosted two workshops last week. First, please head over to our crowdfunding campaign to raise money for our tool library: http://www.youcaring.com/lowtechtoollibrary. Donations over $50 come with a free year’s membership and over $100 gets your name on the wall and website! We’re also taking tools and volunteer hours!

Half of what we do here is research on solutions to house, clothe, and feed ourselves in a fossil-fuel-free future, in short, sustainable subsistence. Last year we started our solar hot-water-heating system. This project has been mothballed until this summer. In the meantime, we’ve started two new research projects.

The first compares potato-growing methods for small-scale farmers (Research Project No. 2). We recently found out that this project has been funded by the Sustainable Agriculture Research & Education program. The institute is assisting the grantees with publishing and analyzing their results. The internet is full of different schemes to grow potatoes: trench and hill, straw mulch, newspaper sheet mulch, containers, towers, and more. We’re going to test these five growing methods in a side-by-side comparison. The problem with the anecdotal information on the internet is that they lack controls and it is impossible to say if one year’s great yield using a potato tower is due to the tower or the local conditions. All of these methods will be grown with the same amount of space, sun, seed potatoes, fertilizer, and mulch.

We just applied for a grant to support Research Project No. 3, which centers on breeding mite-tolerant drone colonies for helping to influence local bee genetics and make stronger hives that need less chemical intervention. We’ll have a full write-up of this application soon.

Last Sunday we had a full house for the knife-sharpening workshop with Todd Fleming. We covered what sharpness means on a practical and theoretical level, how to create an edge, and how to keep it sharp. Mr. Fleming will be leading another workshop on sharpening garden implements this spring. Stay tuned for an announcement. On Saturday we had seven over for a short flintknapping workshop. We discussed the history of this 2.5-million-year-old-plus technology and practiced the basic moves. We’ll also be having folks over for a maple sugaring class this weekend. We’ll be announcing a new spate of workshops soon. 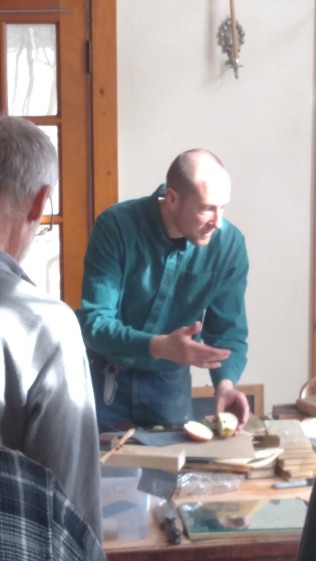 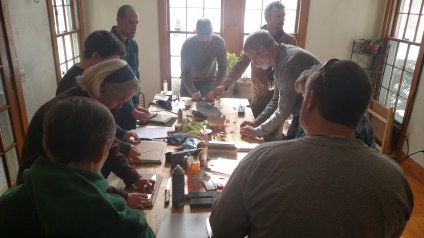 Participants over the shapening stones. 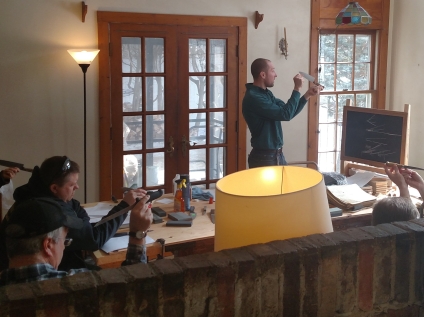 Mr. Fleming sighting down a blad to check its sharpness. 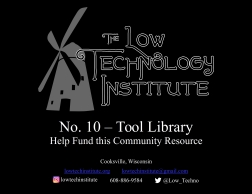 We did not have a podcast this week. Instead we published another video, no. 10, pitching the idea for our tool library fund raiser. Head over to our YouTube page and subscribe to our channel.

We’ve been busy as the spring starts to creep up on us. Maple-sugaring season is upon us and I’ve been tapping the trees on our village commons. I made taps out of oak and am using 1-gal bottles for the most part for a DIY container. 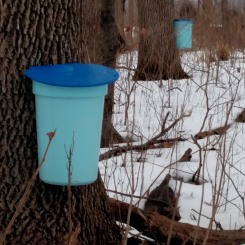 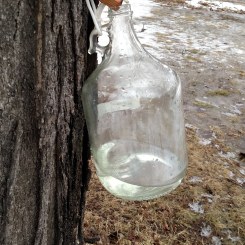 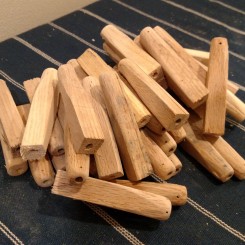 The first seedlings (onions) are to be started, so I brought in my reused seedling containers, washed, bleached, dried, and sorted them. I also started mixing my potting soil. Starts begin in earnest in March here. 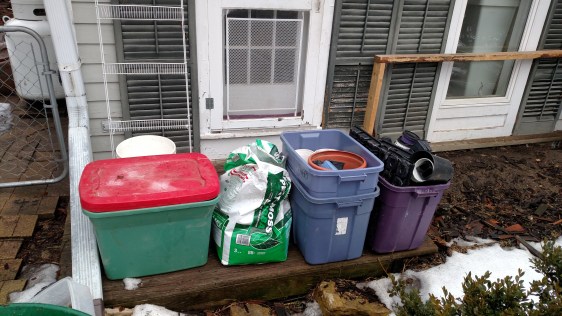 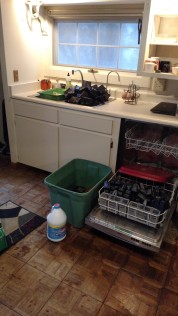 I also continue to move forward on the timber-frame chicken coop. I rehafted a broad hatchet, used for trimming felled tree trunks into structural beams and posts. The neat thing about this tool is its curved handle, which prevents the user from skinning his or her knuckles as it passes across a flat timber. I’ve been working on the spruce we brought down last year. 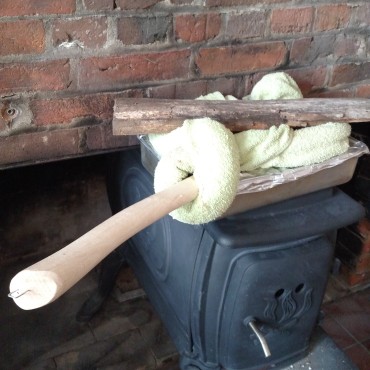 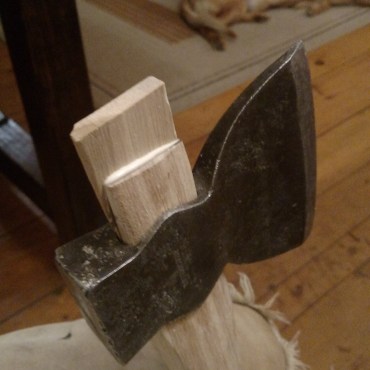 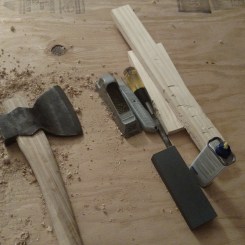 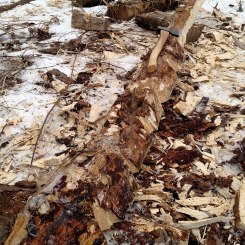 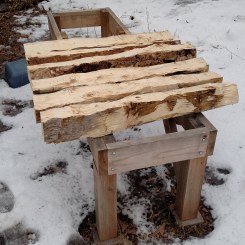 And finally, the worms got a new home. Last year I built a wooden worm bin, but I wanted to try a plastic bin after the wooden one got too warped to function properly. I think I will try a wood one again in the future, but I’ll have to figure out how to deal with the constant moisture of the worm environment. 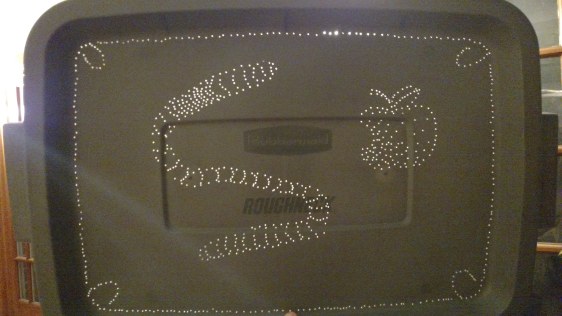 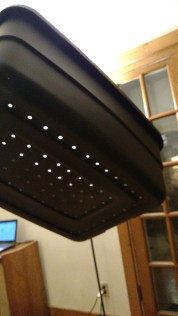 Drainage and communication holes between the worm containers.